You’ll have to forgive an off-topic post, but it’s interesting (I promise). It’s a story. About how I didn’t get rich quick. Its also about how you can’t get rich quick either. It’s a bit epic though, so make yourself a cup of tea. Are you sitting comfortably? Then we’ll begin.

It all starts with an email, sent to the Brighton New Media mailing list. It said something like “Have you heard about these ‘free console’ schemes? What do you reckon, are they a scam” and contained a link to a website where you could sign up for a free console, if you invited your friends. My cynical eye, honed by years of rick-rolling and goatse assumed that the message was spam, and a fake enquiry, but the idea kept with me… a few days later, I followed the link.

I found a standard affiliate marketing website. Sure you probably get a free console, but you’d need to get a whole bunch of people to sign up first. The time and effort wouldn’t be worth it. But still, it stayed in my mind.

A few days later than that, I found the thought coming back to me again. How hard could running one of these websites be? Surely, you just build the website, do a bit of SEO optimization, and then sit back and watch the money roll in. I know that a lot of people try this, and a lot of people fail. But I’m not one of those suckers, I know what I’m doing on the internet… don’t I?

So I decided to give it a go. I’d get rich quick. I’d do it properly as well. I’ll log every expenditure, every hit to the website, every sign up I got, and I’d use this data to get smarter, and do it better. I kept thinking of that quote from the Simpsons: “After years of disappointment with get rich quick schemes, I know I’m gonna get rich with this scheme. And quick”

So I bought a domain, with hosting from Heart Internet (£16 in total). I installed WordPress, ripped off the theme from this site, and made my site. For optimal SEO juice, I named it www.free-xbox-360-console.co.uk . Then I started adding content. I knew that to rank highly on search engines, the key is lots of content, and keep hitting those keywords, so I wrote. A whole bunch.

Then I linked it to the freebies website. The deal is, you need to complete an offer yourself (like sign up for a free trial with love film), then get other people to do the same. You’d get £20 per person you got to sign up, or could swap 10 signups for a free Xbox 360 Elite. I decided that when I reached ten people, I’d take the money myself (rather than getting the xbox), but I’d make the site about getting the free console, as it seemed like an easier sell.

Now, you may have taken a break there to look at the website I made. If so, you’ll notice two lies on it. First of all, I decided to pretend I’d already received my free Xbox. I reasoned that I’d have too. Why would anyone trust me if I hadn’t even got a free console myself? The second lie was the picture of me on the ‘about’ page. That’s not me. That’s a google image search for someone hugging an Xbox. I was feeling too lazy to take a picture of myself. It’d slow down getting rich quick! 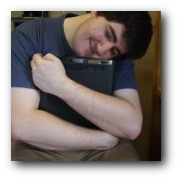 Having made the website, It was time to engage the audience. I installed a twitter bot with an automatic friend adder, and added people based on computer game based keywords… “Sonic”, “Call of Duty”, etc. On the first day, I followed 330 people. 33 followed me back. Day two, I followed 573. I had 52 followers. And so on. By the end, I had around 270 followers. Just over 10% of people I followed followed me back.

Then I started talking about the site. Natural like, as in letting people know when I added content, and talking back to the people who messaged me “this real?!?”. None of that spamming of keywords, or repeated advertising messages. I wanted to look like a real person, and keep off everyone’s ‘spammer’ radar. It worked… slightly. As I said above, about 10% of people I followed followed me back. Of those, about 10% visited the site. So, for every 100 people I followed on twitter, the website got one hit. Since the hosting bill for the site would charge me monthly, I had to do something to speed up the return rate… 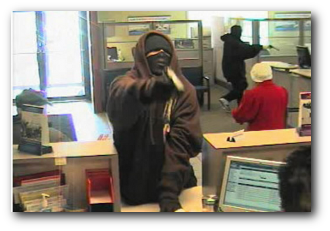 I had a secret weapon. Theres a website where you can pay people to ‘rate’ your site, and fill in a survey about what they think about it. I think it cost £20 to get 500 people to do this. I’d used them before, for a HCI survey, and got a response rate of around 70%. This seemed great for my scheme. Not only would it drive people to the website, who may decide to sign up, but the survey at the end would tell me why the people who didn’t sign up were turned off. And I could fix that. And then everyone would love the site. And I’d buy a boat with my winnings.

As a third prong of attack (after Twitter and the ratings website), the hosting I used gave me £50 of free google adsense vouchers. So I set up a campaign, that’d show my link if people searched for “cheap xbox 360”. How could my scheme fail?! I sat back to watch the money roll in.

Initially it looked great. The hits went up daily. 10 a day on the first day of the website. 15 a day when google adsense started. 35 hits on the day the ratings website featured it. They told me that the front page wasn’t convincing enough. I edited it, and the hits continued to go up.

But I didn’t make any money from hits. I made money from people who signed up to the freebies website I linked to. 2 people did so the first day. Another 4 on the first day of adsense. Up to 15 sign ups when the ratings website went live. But just sign ups aren’t good enough either. The people needed to complete an offer (like the Lovefilm one). How many had, by the end of week one? No-one.

I guess it’s only at the offer stage that the visitor to my site would realise they need to enter a credit card. Even though it’s a reputable company, like Love Film or Asda, this is enough to turn off most visitors. I tried to make this clear on the site, so that people wouldn’t waste their time, but still. No sign-ups with completed offers.

Then at the start of week 2, I got one. Someone had completed an offer! It was the ‘free web hosting from homestead’ one. Fantastic, It was just a slow start, and I was still going to be rich. So I redoubled my efforts. When only 7% of the 500 people that were asked to rate my website responded, I didn’t care. (Well I did, but what could be done?!). When I reached a limit on twitter for how many people I could follow, It didn’t phase me, I started another twitter account concurrently (Twitter only allows you to follow 2000 people unless you have a lot of followers, to stop spammers). Sure I only had one completed signup, but I still had more hits on the free xbox website than I get on my blog. And I was still getting plenty of ‘reds’ (people who signed up, but didn’t complete an offer). It was just going to be a matter of time before I could get my boat.

Then my Google adsense voucher ran out.

Suddenly, I had less than 5 hits a day to the website. On days when I didn’t talk about the site with the twitter accounts, I had 0 hits. What was wrong? I had my keywords throughout all my copy… obviously they weren’t very unique keywords. And it was hard to think of new content to write each day, even new twitter messages that wouldn’t repeat things I’d already said. Luckily I had one last trick up my sleeve… 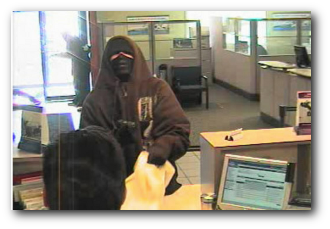 See, I had a plan. Since I earned £20 for every confirmed signup I got, I had some power to bargain. So I emailed the 39 people who had signed up, but hadn’t completed an offer. I said, in essence, “I’ll pay you £5 if you write a few sentences about how good the site is, let me know if you’re interested”. And the clever bit? When they emailed back saying that they’re interested, I’d say “oh, I just checked, you never completed your offer. Can you do that, then we’ll get the testimonial sorted”. So then I’d get my £20, and be able to pay them £5 from that. Clever right?

Well, apparently not. One person emailed me back. And they emailed to say they weren’t interested. Which was very polite, but not very helpful for my plan. The free money making plan had failed. I gave up.

So, it wasn’t the easiest money making scheme in the world. There are a few things I could have done that might have improved results, but they’d take a lot of effort, which wasn’t the point of this scheme…I already have a job!

I could have been more ‘evil’, with marketing through twitter, and given up attempts to avoid spamming. If I’d automated the twitter bots to add people, spam the link, and mass unfollow every few days, a much wider audience would be reached… but at the price of credibility.

Similarly I could have turned to black hat SEO methods, or paid those naughty people to do it for me, and turned up more often in search engine results. I’m too cheap to do this though!

Google adsense sent me the majority of my traffic, and probably would be worth an investment if this site was continued. However, I was interested in seeing what I could achieve without a major financial commitment, and hence only wanted to use up my £50 free voucher.

One change I’d definitely recommend in doing this again is focusing on a less ‘big’ item. I thought by focusing on a free xbox, the prize would be a great incentive to sign up. However, I realised it was actually working against me – It seemed too good, and made the whole thing look like a scam. If I’d focused on one of the smaller items (say… 3 Free games, or an Xbox Live Gold gift card), the deal would seem more believable… and obtainable, as those items required less sign ups. Plus it occurs to me that gamers will only ever need one Xbox console, but wouldn’t have a maximum limit of games they’d need. Maybe that hurt my chances!

Here’s some stats related to this …endeavour. I have a spreadsheet full of them, but they’re mostly quite dull.

My final impressions? I thought this would be an easy way to make a little extra money. However, in order to actually make money, it’d require much more effort than I put in… almost as much as having a job. I think I’ll stick with my job for the time being…

0 Comments On “(Dont) Get Rich Quick”

The new book on how to start and grow a UX research team is available now.

Learn more about the book