In the words of the Fast Show, this week I’ve mostly been playing 100 Rogues. I’ve never previously been able to get into Rogue-likes, having only played games in this genre briefly, before being scared off by the dungeon crawler’s core mechanics of ‘odds stacked against you’, ‘if you die you lose’, and ‘you will die’. However, 100 Rogues aims to present an accessible Rogue-like, ideal for someone who hasn’t played before. As accessibility is one of their key design goals, a heuristic based playability review seems appropriate.

This review aims to evaluate the playability of the game, including pertinent usability issues, and the effect this has on player experience. This is especially important, given 100 Rogues’ mission of making a difficult genre accessible. I’ve based the review on the heuristic points identified by Heather Desurvire’s paper ‘Using Heuristics to evaluate the playability of games’

What this review doesn’t cover is non-usability or player experience issues. Hence, it’s not a review of the game itself (which I gather is a pretty standard Rogue-like). It’s also not QA, and so doesn’t cover bugs in the game. This is especially important as 100 Rogues has infamously been plagued with a number of bugs since its release last week. The first version would crash if the player equipped a shield. The fix for this introduced several new bugs. And I still haven’t been able to get defeat the first boss without the game killing my player after I’ve defeated the boss. I gather the developers are working on this though. 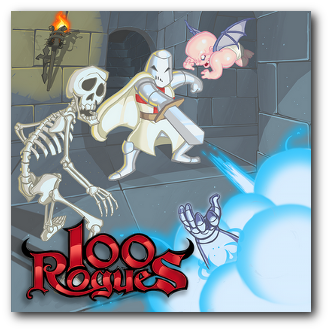 Game play covers the game’s goals, and player’s involvement in achieving these.  100 Rogues succeeds in many areas here. Crucially, it guides the player through their first steps, and introduces them to the range of actions available to them, by immediately giving them the ability to level up their player, which is reinforced by the low cap for the second level up, allowing the player to practise this mechanic twice within the first 2 minutes of the game.

More complex actions are also introduced to the player, through the game’s challenge mode – a series of short scenarios where only the use of an advanced technique (such as ‘tele-stabbing’) will succeed. These introduce the player to some of the more complex moves available to them, in an intuitive way (rather than just… telling them)

The game handles the inevitable death of your character well, also. As mentioned previously, when playing a Rogue-like, you only have one life, no reprieves, and you will die. They explain this by likening the game to Tetris – the goal with your one life is to see how far you can get, not to reach the ‘end’. However death in any specific situation is never inevitable and the game always seems fair. This isn’t Mario Kart, where the CPU will always cheat at the last moment. Instead, after every death you’ll always believe that you could have done something differently and survived, and hence the game encourages a ‘one more go’ attitude to playing, and challenge comes off as a positive experience.

The only game play element which seems poorly balanced, and takes some of the control away from the player, is the ‘food’ mechanic. If you don’t eat food, your character dies. Makes sense. And sometimes you cannot find anything but rotten food, which will fill you up, but reduce your maximum HP. That’s fine too, if it’s a choice between being weakened, and death.  But sometimes the game will spawn no food at all. And then you’re stuck, and nothing you can do will save your character from death. This looks like it needs to be balanced in future games, so the game at least spawns some food (rotten or not) when the player is critically hungry. As it stands, the player doesn’t feel in control of their destiny, and has no ability to prevent their character from dying. 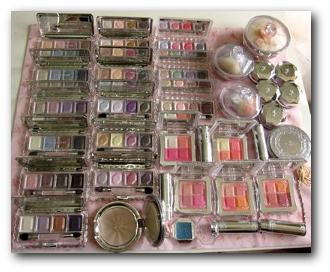 Story defines how your characters’ actions fit into the world you are presented with and the feeling that the game-space exists as a real world, which you can affect, but which exists without you.

The story in 100 Rogues is simple. Satan is at the bottom of the dungeons, and you must kill him. Why? Because he’s Satan.

This story is introduced by a cut scene at the start of the game, and loading text gives character-related background, however this is where the player’s involvement in the story ends. The in game content, and enemies don’t reflect this final goal (aside from the end boss), and the character development isn’t plot related.  Occasional infighting among the enemies gives the potential for further depth within the story, however this is not explored further. Ultimately, like Tetris, the story of ‘why’ you are doing this is not a focal point of the game.

Mechanics covers consistency in how the game reacts, how the AI acts, and how the player controls their character. The AI in the game is a success, with the NPC’s acting consistently, and yet occasionally surprising the player – such as when an archer’s miss-fired arrow will hit another enemy, and they will start battling it out.  Hence the game balances allowing the player to understand how NPC’s react, without making them entirely predictable.

The game allows the player to track their own progress, through in game score/stats, and a global high-score table. Although implementation of this isn’t perfect, as I’m not convinced scores are being posted to the internet, the bug has been noted and is being ‘worked on’.

An area where the mechanics of 100 Rogues fails is with its controls. The character is controlled by touching the screen – touch the screen at the top to make the player go up, or touch an enemy to attack them. However, with no confirmation before an action is taken, and no indication of the active areas for each target, I found myself ‘miss-clicking’ numerous times, with often deadly consequences. Hence, when trying to click on an enemy for a ranged attack, I’d instead walk towards them, putting my character in danger.  Restricting the range of actions available on a single click, or making ‘attack’ a double click, may help alleviate some of these issues. 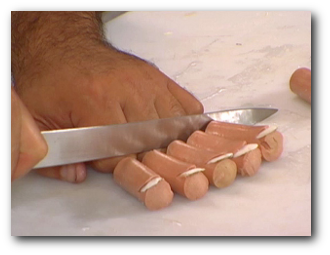 Must be my sausage fingers...

Usability concerns how the game gives feedback for inputting actions, and whether they can achieve their goals. A success for 100 Rogues is how it saves the game state on quit, allowing the game to continue from the last point, as I’ve discussed before

As I discussed above, the game also gives direction to a first time player, by giving them an introduction to levelling up on game start. However, it hinders play the second time you start by… giving the same introduction. Since the game demands multiple play-throughs, I feel that I have grasped this mechanic the 20th time it has been introduced to me.

As has been made clear by a heuristic evaluation of 100 Rogues, the game has a high degree of playability, and provides an accessible entry point to a traditionally difficult genre. As noted, there is room for improvement, yet the game offers significant advances on other games in this genre.

However, I’d be hesitant to recommend the game, as it stands, as a positive player experience. Although, playability shouldn’t include bugs, bugs will undoubtedly have an effect on player experience. Hence, as the game stands, the unexpected crashes and deaths will detract from player’s opinions of the game. What incentive do players have to give the time and effort of playing, when their character could be taken away from them through no fault of their own?

That said, the development team have been dedicated to fixing bugs – having released two patches in the week after the game was released, and are promising up to two-three times more content released periodically, which is an advantage of the iPhone as a platform. Within a few more iterations, I can see this game being the definitive introduction to the Rogue-like genre.