Make work fun – examples of applying the UX of games

I write this blog out of personal interest. It never really seems like work, and so I’d be unlikely to blog more often if I received points for doing so (although I do like free things!). However this isn’t always the case – sometimes there are jobs you just have to do, regardless of how you feel about them..

Since my recent post on using mechanics from games to make dull tasks fun, a couple of upcoming applications have taken the step of applying some of the lessons from gaming, to make work fun. Epic Win is a ‘to-do’ list disguised as an RPG, and Dev Hub is a website creation tool with points. I’ll look at what these applications are, how they apply game mechanics, and how successful we can expect them to be at making dull tasks fun.

The new iPhone ‘game’ Epic Win is a productivity application (essentially a to-do list?) mixed with an RPG. After inputting your list of tasks (such as wash the dishes, or write a blog post), the game will reward you with XP for completing each task, allowing you to level up your character, as well as granting special items and other rewards. 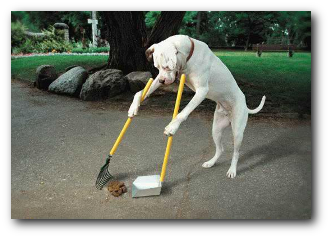 There is a trailer for Epic Win here, which may explain the theory better.

Essentially, through giving you points for achieving tasks in the real world, the game aims to incentivise the player to perform the real world tasks, by applying a common game mechanic.

DevHub is a website creation tool, focusing on automating the process for creating blogs for niche topics (like this one?) and allowing authors to monetize their site (maybe I should be interested…) 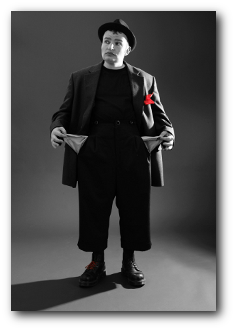 Me, writing this blog

In the initial implementation, they found they had a problem. People were making only the simplest sites, using a small range of DevHub’s features. So to incentivise people to use a fuller range of features, they added game mechanics.

Now tasks like blogging, or linking your site to your facebook profile accrue points, which can then be spent on improvements to the site, such as new templates or widgets. This gives a gradual reveal of the site’s features, and gives the owner (player?) a sense of progression.

Thus game mechanics help DevHub’s users discover, and utilize a wider range of features than before.

The game mechanics in both of these new applications seem to be simpler than those outlined as successful in the ‘Just Add Points’ presentation I covered recently. Both use points as a mechanic to incentivize players to repeat actions, or go further than they normally would. Points allow the clear construction of goals, and for progress to be measured. I imagine competition will become a key part of these two applications, as social media will allow players to compare and compete on points.

However many of the problems outlined in Sebastian Deterding’s presentation still apply.

DevHub may also run into trouble, since withholding features that can be found on other competing sites for no effort will only work if your site has a strong unique selling point. We’ll have to see what other monetizing blog hosts do.

It’ll be interesting to see how these applications do over the next few months. Deterding’s presentation implies that neither have a successful model for applying fun to dull tasks. I’m looking forward to seeing what the players think.