Get Lost! – Improving player experience through signposting and map design in games.

Feeling in control is an important part of a player’s experience of the game. This doesn’t solely mean the control methods being used, but also a player’s understanding of where they are, and where they are going. Ensuring that a player isn’t lost is an important part of managing the player experience. Today I’ll be covering some examples of this done well, and badly, some methods that can be used to ensure the player doesn’t feel lost, and the advantages of taking care of the player’s experience.

Games often encompass huge areas, from tetris’s 440×440 pixels to the 2000km² of Second Life. Obviously, when the playing area is so large, effective navigation becomes an issue, with special care being made to ensure the player never feels like they are lost. But its not just massively multiplayer games that need to consider how to lead a player, every game needs to get the player to their goal. Failure to deal with navigation will prevent the player from progressing, and ultimately cause frustration – not a good reaction. 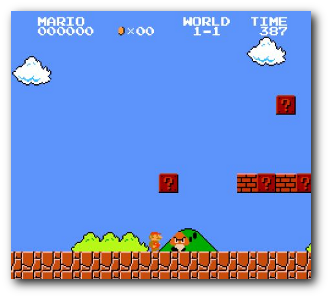 Whose done it well?

Half Life 2 – Valve’s classic FPS Half Life 2 made sure that the player experience was emphasised when designing their levels, and Valve deserve praise for it (though obviously not from Gordon). Despite the expansive nature of the levels, the route was largely linear, and the way to go ‘signposted’, by NPC directions, audio clues (like Dr Breen’s announcements) or visual spectacles which invite investigation. The levels weren’t just corridors, and yet managed to guide the player down a set path invisibly.

The secret to why Half Life 2’s level design gave a positive user experience can be found in the development process. When making the maps, the level was designed first as a blank template, and the artwork was added after. (i.e. the rundown City 17). In contrast to games where the spectacle comes first, at the cost of the player experience, here a blank level ensured that the player’s navigation was clear, and a coherent route was offered to the player, before the artwork was introduced.

Who has done directions badly.

Lego Star Wars – Now I’m not saying the Lego games aren’t fun, but this fun is limited by some user experience flaws. My first experience watching people play Lego Star Wars included a 10 minute section of them being ‘lost’ in an area, with no idea of what to do to progress. The multiplayer nature of the game meant that co-operation was needed to explore, which further slowed down progress.

The problem was that they were lost, the exit was sealed, and they had no idea of how to open it. The players went back a few screens, but still found nothing. The game gave no indication on what was needed for them to progress. (turns out one of the items they’d built was incomplete, and hence progress wasn’t possible).

This is particularly pertinent based on the audience that Lego games typically have, comprised of casual gamers, girlfriends and children. Unlike those who were brought up having dealt with the constant death of plumbers, they’re likely to have less tolerance for standard gameplay mechanics (hence the no-death rule in Lego). Surely having no idea what to do is going to be a massive turn off for these players?

What should the game have done? Maybe explicitly told the players what they needed to do to progress? Or, on noticing they’d been stuck in the same area for 5 minutes, given some sort of hint or direction on where to go? It’s interesting that New Super Mario Bros Wii, a game which (on the surface) has a similar target audience, gives hints when it’s obvious the player is stuck. 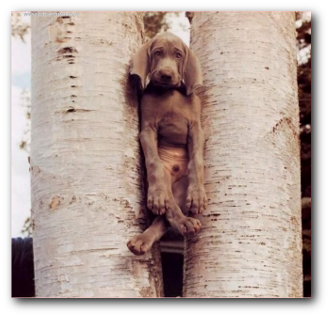 How to do it right

So, what methods are available to assist a player in navigating the game, and how effective are they?

It doesn’t matter what type of game it is you’re making, navigation will still be an issue, and its important to make sure the player never feels like they’re lost (regardless of whether they are on the right track or not). We’ve covered a variety of ways commonly used by games to ensure that the player does feel like they’re in control of where they are going, but the list is by no means exhaustive – novel ways of directing the player are always being tried.