Last week UXBrighton hosted an event focused on Biometrics, which featured an interesting presentation by Vertical Slice.  Pejman Mirza-Babaei presented his PhD research on the application of biometrics to help understand a player’s experience when playing games. This was presented as a ‘guerrilla’ method, since it was a speedy and rough implementation, not a definitive and comprehensive methodology.

We’ll be looking at what biometric research is, how it can be applied to games research, and the problems that became apparent with this method.

What is biometric research?

Biometrics are traditionally an automated way of recognising, or recording, peoples physiological data, or characteristics. To apply this to video-games readings were taken by Vertical Slice by hooking players up  to machines which record their heart rate, brainwaves, or galvanic skin response (…how sweaty their skin is, presumably).  It’s proposed that there is some correlation between how their bodies react, and how the player is feeling – such as how a player’s heart will beat faster while fighting Gunther Hermann’s Skull Gun or scoring a tetris.

Pejman Mirza-Babaei has been investigating how this can be applied to games research. Working with Vertical Slice, he is interested in measuring the player experience – how to know when players are having fun, or becoming frustrated, and so has been performing studies to see the feasibility of measuring this with biometric data. By having players play either Haze, or Modern Warfare 2, while hooked up to this machine, maybe it’s possible to gain a greater insight into the player’s thoughts, and how they feel when playing. 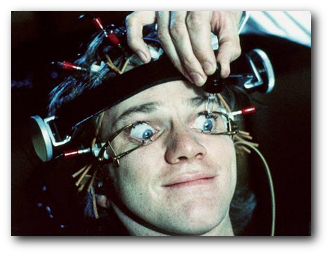 And in a non obtrusive way...

What did biometric research show?

We saw examples of these spikes when the player enjoyed, or was frustrated by, a task (such as using a machine gun, or getting stuck looking for a vehicle), and were given the player’s justifications for feeling like this.

The most obvious advantage of this method is that it allows a more natural environment to be created for the player. Since biometrics doesn’t require distracting the player by asking them to perform a  think-aloud, or by interrupting their game by asking questions and yet still having a degree of insight into how they are feeling, a more natural game play experience can be achieved, without stopping useful data from being gathered.

Problems with biometric research on games

However, some limitations on the application of this technology became obvious through the presentation. Biometric data (in its current form) doesn’t give any insight into why the player’s heart rate has spiked, just that it has. This problem is exacerbated by the single range of readings it can give – there is no way to distinguish between stress and happiness (or any other reasons a heart rate can spike). 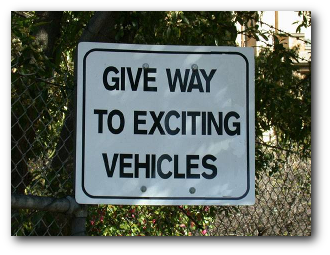 such as exciting vehicles

Because of this, biometric readings have to be justified by another method, to give some understanding as to why the heart rate spikes at certain moments. Traditional UX methods, such as a post-test interview, are therefore needed in addition to biometric readings. However this reintroduces traditional UX problems. A player may not be able to accurately remember why they felt excited at a certain moment, and as pointed out by Sam Nixon, may simply justify their opinion by what they see on screen.

For example, the player may explain a heart rate spike caused by audio cues as being caused by the enemy visible on screen when the clip is shown later, missing the real reason for their excitement.

So biometric readings alone cannot tell us what a player is thinking. Hence they cannot (currently) be a replacement for traditional UX methods.

What biometric readings can do, is aid the application of current UX methodologies. When combined with tools such as think aloud, or interviews, they can add weight to the findings. For a think aloud, it can tell you which parts of the game particularly affected the player, and hence what comments to pay attention too. Similarly with interviews, biometric research can pinpoint the areas that the player should be asked about. When used in combination with typical UX tools, biometric research can be justified and have some understanding applied to its findings.

There is amazing potential in the application of biometric data to games. Currently, the ‘AI director’ in Left For Dead controls the game based on how the player is doing – giving less zombies to fight if the player is doing poorly, or making the game harder, and giving the player some nasty surprises, if they are doing well. Imagine if a system like this could take biometric data into account, and change the game experience based on how the player was feeling. Vertical Slice have begun to show us the potential of this technology, and I feel we’re at the start of an exciting journey.