Selling UX in games – everyone else is doing it.

Following recent discussions, I’ve been thinking about how UX can often be misunderstood by developers. I’ve previously blogged about the misconception that usability and user experience testing is ‘just QA’.  I’ve also seen people accuse it of ‘homogenising’ a game, and the belief that it’ll remove the game’s individuality and create a race of dull facebook clones.

This inaccurate view is set to change, with the rise of in-house and independent usability and user experience labs, and the breadth of academic research increasing our understanding of user experience. Hence I’m planning a series of articles about my thoughts on selling UX to game companies, helping you to communicate why game companies should be thinking about UX with their games. New posts in this series will come under the category ‘Selling UX in Games’

Everyone else is doing it

So why should your company be interested in games usability and user experience? Well I’m glad you asked… 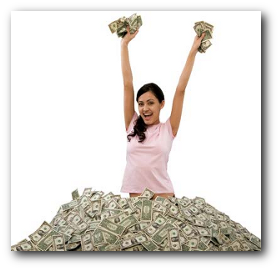 Bungie recognised the value of the player experience when developing their multi-million selling Halo 3, and hence used user experience testing to create a game that was consistently fun, ensuring the player was never confused or lost. As documented in Isbister’s book Game Usability Microsoft’s usability labs were brought on board to ensure that Halo 3 was fun throughout.

Each area was thoroughly tested with real users, using techniques such as video and ‘heatmapping’ to log where the choke points were, where people got lost or stuck, and where they died. This could then be used to easily find problems in the game, and fix these areas. Fixes are typically simple, either by signposting the way to go, altering the enemies or adding points of interest to draw players (like a sparking light to encourage players to look up). This technique could also be applied to multiplayer maps, to balance the game’s flow, and make the game fair.

The success of this technique in Halo 3 has been extended to Halo Reach, where telemetric data was gained from a long public beta testing period. This gave real player information on how to balance and improve the game, and will undoubtedly be a large factor in its success.

To read more about the Halo 3 user testing experience, see the coverage in Wired.

Brighton based Black Rock Studios explored user experience testing in their successful racing games ‘Pure’ and ‘Split Second’.  With consultation from the usability lab Vertical Slice they tested over 100 players, getting new user’s experiences to fine tune aspects of the game, ensuring the pacing was correct, and that the game was delivering key ‘fun’ moments, which they denoted ‘woah moments’.

They built on this successful experience from Pure in developing Split Second, where they combined in house talent, who worked on testing users, with assistance from a local university, who performed an expert evaluation of the usability and user experience issues.

As documented by Graham McAllister, the developer believed that the process “added 10% to their metacritic score”. More information about how user experience testing helped Pure become a success can be found in the book Evaluating User Experience in Games.

It’s not just the expensive AAA games which benefit from user testing.  Zynga’s Farmville is everyone’s favourite facebook success story, and has gone from 0 t o 63 million active users in just a few months. This success is largely down to logging the user behaviour, and using this data to improve the player experience.

The online nature of facebook games allow user testing in a way not possible for traditional console games. Metrics can be gathered while people play to log behaviours, such as discovering how long a player spends on each task, which tasks are repeated, and where players get bored and drop off (i.e. only 85% of people make it past the tutorial).

An iterative design process, where the game is evaluated and improved every few days allow Zynga to take advantage of these metrics, and try to improve player behaviour. For example, by running two competing versions of the tutorial, they can judge which one retains more players, and implement that version fully. Repeating this process over every aspect of the game helps make Farmville the addictive success it has become. 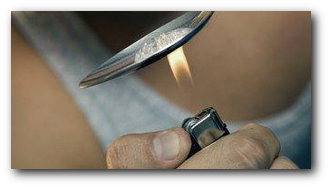 So, want to help your game be more like these top titles? They all have user testing in common, and have explored them in very different ways, including in house testing, and recording player metrics. It’s likely one of these models will be applicable to your company. These games are all well respected, and most companies want to replicate these success stories.

Not enough to help you convince your company that games usability and user experience is worth pursuing? In the next ‘Selling UX in games’, I’ll be looking at getting team members involved in the UX process.