Improving the user experience of driving

This weekend I drove a 500 mile round trip, which gave me a lot of time to think. I thought about how driving is very similar to a game, requiring practise, skill, and with clearly defined goals. I guess that’s why driving was always such a popular young-adult activity before consoles.

I also thought about how we can apply some of the things we’ve learnt about user experience to improve driving, both for the driver, and for society as a whole.

As I mentioned, driving shares a lot of mechanics with typical games, with only one slight difference – it lacks the positive reinforcement, and ‘congratulations’, that games give during the play session.

So how to fix this? Primarily you have to give a direct form of positive reinforcement. It could be linked to your SatNav, and know when you have reached major landmarks in your journey. For example, imagine joining the motorway to hear a booming voice “You have reached the M25! Great Job! Not much further now…” 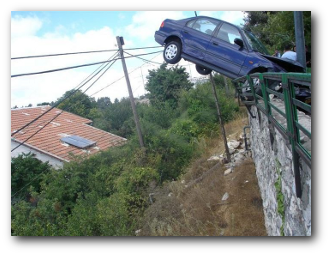 Ok, that could get annoying. However, there is one game mechanic which fits driving perfectly – achievements. As demonstrated in Xbox Live, PS Home, or iPhone Game Center, Achievements are everywhere. If you’ve managed to miss them, they are one time rewards or ‘badges’ for having completed a particular task, and (certain) people invest a lot of time and effort into collecting them (although the only game I have ‘completed’ the achievements for is Cut The Rope).

For driving, there seems to be a lot of potential achievements. How about?

However, there are a couple of risks with this model. First of all, don’t give achievements for reaching destinations faster, since this would encourage speeding, or for covering great distances, as this would incentive against taking public transport. With great power comes great responsibility! 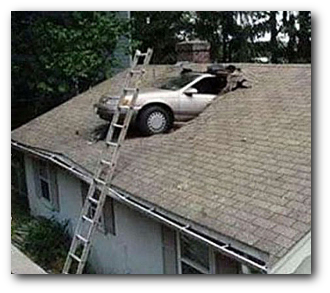 Also, the ‘one-time’ nature of only having to earn achievements once to have the badge permanently may only incentivise these proper driving habits once, rather than causing a permanent shift in behaviour. Perhaps they should also display how many times you’ve performed each achievements – if this doesn’t risk making the achievements dull to earn!

It seems achievements, as a tool for improving the user experience of performing set tasks, can be applied to driving for great good. To benefit society, the achievements could be targeted to increase take up on green initiatives such as car sharing, or even taking the bus, by giving an incentive for not using your car for a week.

What do you think? What other achievements fit with driving? Or is it an idea that just wouldn’t work. Reply with comments below!