Chatting as you frag – Why you’re better at games when not paying attention.

Every day after school, I used to rush home to play Perfect Dark (later San Francisco Rush) with my friend. We’d put Chris Moyles on the radio (remember when he was in the afternoon?) and play endless death matches until tea. After a while, we started to notice something weird. Often, we’d get chatting, or listening to something interesting on the radio, and zone out of the game, before ‘waking up’ at the end of the round to find that we’d done amazingly well.

This is a common phenomenon that I’ve noticed when playing games – while distracted through chatting or listening to something, you end up playing much better. Today I’ll look at the psychological and physiological reasons why this happens. 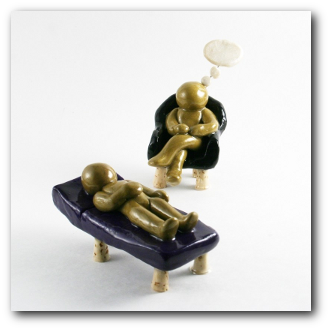 Why you rock at games when distracted.

There are a couple of factors at play that improve your skills at games while chatting.

First of all, its interesting to note that it doesn’t make you worse at games if you talk or listen while playing. The brain deals with input in different areas, based on the nature of the interaction. So, put simply, it deals with linguistic communication (i.e. talking and listening) in a different area to where it deals with visual information (i.e. seeing), and motor skills. Since playing a game primarily uses visual information from the TV, and motor skills to manipulate the controller, it doesn’t confuse, or even slow down the brain, when using other skills, like talking and listening.

This is also true in other contexts, so talking while driving is generally thought of to be fine, since the brain can handle both. However something like texting, which uses visual and motor skills, is extremely dangerous – not just because you’re holding a phone in your hand instead of the steering wheel, but also because your brain then has to deal with two conflicting sets of visual and motor information, severally reducing the speed it can understand information or take action. 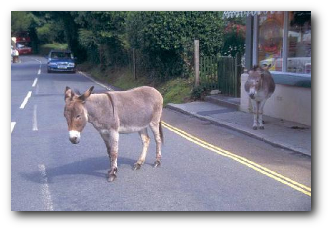 such as 'avoid that donkey in the road'

The other reason why talking when playing games actually helps you play better, is due to anxiety. In high stress situations, it has been shown that people perform worse. An intense game can become a high stress situation, particularly when in close competition with another player, as occurs in most multiplayer games.

Occupying your mind with another task, such as talking, will reduce the brain’s ability to feel anxious about the high stress task, and allow you to perform better. So, in high stakes situations, the conversation can aid your ability to play the game, helping you to win!

This can often be seen in other areas too. For example chatting while working. Or what about twiddling your thumbs while thinking? Maybe it helps!

What does this mean?

Good news! Because it actually makes you better at games, you can talk all you like while playing. This lesson was learnt long ago by kids playing Halo, who are actually performing a complex psychological balancing act as they call you a “newb”. Probably.