How to avoid ethical pitfalls when working with users

As I’ve mentioned before, an ideal research study on users would be done through observation of their behaviour without their knowledge. Since people’s behaviour changes when under observation, or when people think they’re being observed, this has a direct effect on the quality of the data recorded.

As promoters of user insight in design, it’s therefore unfortunate that recording people secretly is unworkable in most real world situations. Much more importantly, as an aspect of scientific research, recording people in this manner is unethical. Today I’ll be considering why this is so, and look at how to do ethics correctly.

Ethics is an important element of user research, because scientific research without restraint can, and has, harmed people. Consider the experimentation that Dr Mengele performed on humans in concentration camps – his position was that it was serious work and furthering our knowledge scientific and biological knowledge for the benefit of humanity. So does the scientific merit justify these experiments? Consider also the research into Shock Therapy, as documented by Naomi  Klein – where subjects were subjected to seizure-inducing electric shocks, in order to ‘cure’ conditions such as bipolar disorder or catatonia. Subjects were often not in a position to give informed consent, which is an aspect of ethics we’ll be looking at.

It’s highly unlikely our research into user-insight will touch these morally-dubious boundaries, yet scientific research has since formalised many rules in order to prevent research becoming ethically wrong. Hence it’s important, when working directly with users, to be aware of ethical considerations.

So what ethical considerations do we need to follow when working with users?

Primarily there is the issue of informed consent. Consent is the idea of giving permission for research to take place, and the results be presented in a manner defined in the agreement. For consent to be informed, the participant has to have a clear understanding of the facts, implications and consequences of the research. Hence, we can see in the electroshock example given above that subjects, often in catatonic states, were unable to give their informed consent for being participants in research. As researchers, informed consent often has to be given before the research/observation begins, and again after to ensure that the participant is fully aware of what they are agreeing to.

We can see that informed consent becomes difficult to apply when working with special groups, such as children or people with certain disabilities. However it is these cases where the correct application of consent is particularly important, due to the vulnerability of the groups!

A second aspect of correct ethical procedure is allowing users to change their mind and leave during a study, without necessarily giving a reason. Although this has the potential to introduce a bias into the results (since your user group will be restricted to only willing participants), this has benefits in the validity of the data received – an unwilling and unhappy participant may intentionally disrupt an experiment. 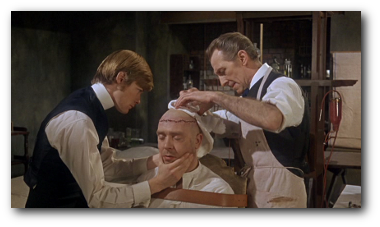 As a part of this, the participant also has to have free choice over being involved in the experiment – it’s important to consider factors such as social pressure when understanding whether a user is truly free to participate.

Last of all, a guideline when working with real people is ‘Don’t be evil’. Google’s motto, though not always met by their actions, should be a guiding principle in all endeavours – the people you are working with are real people, and their wellbeing is morally more important than your research. Hence we can understand why the Stanford Prison Experiment, which looked into the psychological effects of becoming a prisoner or a guard yet descended into abuse, was prematurely stopped.  Research should be terminated 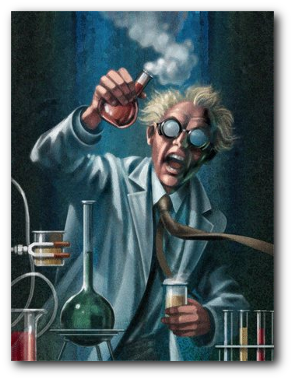 Yes, even you Doctor Badman

This issue becomes less clear-cut in certain cases. What if your research would harm the participants, but make life better for millions of others? Do the needs of the many outweigh the needs of the few? Spock thought so. However, for usability experts, a good rule of thumb is to consider the experiment from the participant’s viewpoint, and only involve participants in ways you yourself would be happy to perform.