As established in a paper by Allison Druin, there are degrees to which user’s can be engaged into the design process. At the very low end of the scale are simple users, with the level of engagement increasing through ‘testers’, ‘informants’ up to full ‘design partners’. Design partners have the strongest level of engagement and have considerable influence over the final product created.

WarioWare DIY is a Nintendo DS game released last year that gave players the ability to design and build their own mini-games, by creating art, music and code using easily accessible in-game tools, and requiring little experience. As well as providing an easy to use toolkit to create games, WarioWare also gives players the tools to share their creations with other players. Today I’ll be considering whether this makes the player into a design partner, and hence becomes participatory design. 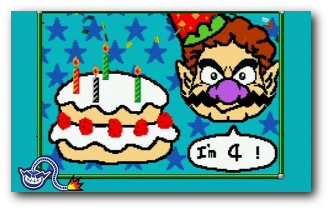 There are many arguments why WarioWare DIY can be considered to be participatory design. By giving control to the player over the art, sound and game play, it empowers the players into being able to make important design decisions, and have significant influence over the final product. By allowing players to share their content, this influence extends beyond their personal copy into the general population, and becomes a major part of the public impression of the game (much like Little Big Planet’s levels, or Minecraft’s creations!).

WarioWare is not a clear-cut example of participatory design however, and touches on many of the prominent debates in this field. Although players are free to create anything within the tools given, they are still subject to constraints. For example, if the player wanted to create a massively multiplayer online game, WarioWare wouldn’t be able to do this…

Do the tools artificially constrain the player’s creations? By allowing them to create only in a safe space, are they not true designers? It can be argued so.

But then again, aren’t all stakeholders in any project subject to constraints? If Steve Jobs decided Apple should make a time travelling DeLoreon, he wouldn’t be able to, despite being the CEO, due to constraints such as budget, and technology. So the real question is: if WarioWare isn’t participatory, what is? 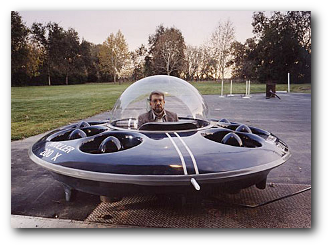