How to make an addictive strategy game

A few weeks ago we looked at how to make an addictive social game. Another mechanic that is a key element of successful games is the idea of eliminating ‘down-time’ and disrupting the flow at the end of a task. This has been applied with great success to create many addictive strategy games, such as Game Dev Story, and gives them that ‘unputdownable’ feeling. Today I’m looking at some examples of this in games such as Game Dev Story, Civ Rev and Farmville, and how these methods can be applied to your game:

There are a number of games which aim to disrupt the completion of tasks, with amazing success in controlling the psychology of the player. Here are just a few of them:

In Game Dev Story, the player’s job is to run a game studio and create hit games. The game takes the player through a ‘flow’ of designing and building your game, naming it, and releasing it. 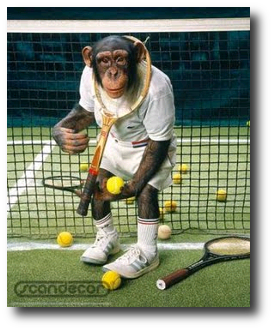 Such as monkey tennis

This sequence seems to flow logically, with each section following the previous, and leads to a natural ‘conclusion’ point after a game launches. However, Game Dev Story then takes an important step which helps create it’s addictive nature.

To see how well the game did, the player have to wait weeks for the sales data to come in. However, while waiting, the player’s development team is sitting idle. So, they may as well start building another game, to avoid wasting any precious development time. Essentially, before the player’s felt the first task is ‘complete’, they start another cycle, disrupting the game’s natural ‘end point’. Hence, without a natural place to finish playing, and with an incentive to continue, the player doesn’t feel like they want to, or have the opportunity to, stop playing.

World-Domination-Simulator-Lite, Civilisation Revolution, allows the player  to embody a famous ruler from history, and take over the world. A key part of this is building cities, exploring the globe, and attacking rivals.

Much like in Game Dev Story, to build things in cities (such as armies, or defences), the player is required to start construction then wait for construction to complete. For things like city walls, this can take up to ten turns. Ten turns in which the player is left hanging, with nothing to do but use their existing armies to attack other states, or get themselves into trouble.

Hence, by the time construction is complete, it is likely that the player will suddenly have a much more interesting scenario to deal with, which will inevitably require more construction, and your attention elsewhere. The ‘downtime’ created by waiting for construction encourages the player to start a new endeavour, and hence keeps their engagement levels up.

Farmville, and similar successful ‘social’ games have utilised aspects from the games seen above as a core mechanic.  As discussed in my social games blog post, a key aspect of these games is the delay between planting a crop, and harvesting it. This long wait not only gives players opportunity to explore other tasks and journeys within the game while waiting, but gives the player an incentive to come back to the game later when their crops are done – particularly since Farmville allows the player to choose which crops they plant based on the time to harvest, letting the game fit into their social life 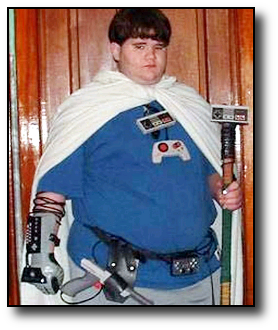 How can your game replicate this?

So how can you apply these lessons to your game? Here are the key elements distilled into knowledge-flakes:

Create a flow in your game

Disrupt the flow near the end to avoid ‘down-points’

Keep them coming back

Giving players the ability to decide how long they need to wait before acting again allows the game to work around their real-world commitments, without being obnoxious!