Participatory design is the idea of involving every stakeholder in design decisions when creating or maintaining a product or service. As a formal process, it is at the more extreme end of human centred design – rather than just analysing users and using this to inform the design; it gives the user’s direct control over the direction a project takes.

Sometimes this handing over of control can happen accidentally, when user’s behaviour or meme’s become formally incorporated into, or define the very core of how a service works. Today I’ll be considering a few examples of this.

Unintentional user-led design can be seen in the development of Twitter. Originally there were no common ways of directing a tweet towards an individual (@), or indicating an ongoing conversation between multiple people (#). It wasn’t until a year after twitter’s launch was introduced that Chris Messina suggested using # for group discussion, which he later pitched to the Twitter team. They rejected it, stating it was ‘too nerdy’. However it was users who adopted the practise, such as during the reaction to San Diego’s forest fires, and now the practise is commonplace. 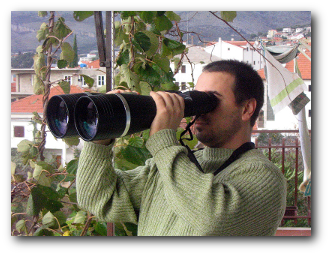 The adoption of hashtags (and the @ sign) by users caused the Twitter team to incorporate it into their service, with ‘trending topic’ hashtags now being displayed on twitter’s front page. Although the idea was initially rejected by Twitter, we can see that users did, unintentionally, guide design decisions in the evolution of Twitter.

A second example of unintentional user behaviour being incorporated into the design of a product was found during the production of Burnout Paradise. Play testers were brought in to play the game and allow developers to understand a ‘real player’s perspective’. However, they noticed that some play testers developed some interesting behaviour. Within the game there were spaces between parked cars or scenery, and play testers were accelerating towards them, pulling a handbrake turn, and performing ‘extreme parking’. Think Arnie in True Lies, or Jim Carrey in that terrible Ace Ventura sequel style parking. 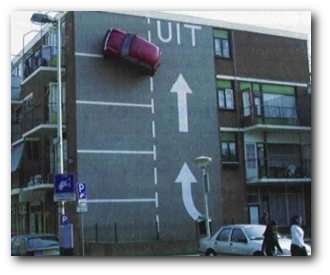 Having noticed that multiple players were acting in this way, making their own ‘meta game’ during play, developers then incorporated this as official challenges and objectives within the game’s campaign. Hence, user’s once again become unintentional design partners.

A similar incorporation of user behaviour and design can be seen in forums and ‘link’ websites such as reddit. When linking to …sensitive… material, users commonly denote this by tagging a link with NSFW (“Not Safe for Work”), or somethingawful’s NMS (“Not Mind Safe”) for the more surreal content. This practise, created by users, has been formally incorporated by many websites, as can be seen in reddit where, if an item is marked ‘NSFW’, the thumbnail preview image is turned off.

In all these examples we’ve seen that users can not only provide useful insight into how a system should works, but, particularly with collaborative services with the ability to iterate behaviour quickly over time, can create and define the very way in which a service works. Unintentionally, they have become design partners, and have come closer to embracing the idea of participatory design.