After many competing companies had failed, IBM were tasked with creating an air traffic control system. As you can imagine in this setting a correct solution was crucial – lives were at risk if anything went wrong. The first thing IBM’s designers did was go to the air traffic control tower for a few weeks, and watch how they worked. But why? And how did this influence the design process? Today, we look at ethnographic research, and how it is based in the theory of the ‘third space’.

Ethnography is the idea of conducting research in the ‘real world’, through observation of the end-user in their natural setting. It has a historical basis in the field of anthropology, when explorers would go live with groups of people from unexplored cultures, to come to a greater understanding of their lifestyle. As a research tool for software design, it usually encompasses visiting a workplace for designers to come to a greater understanding of the context in which the program needs to work. 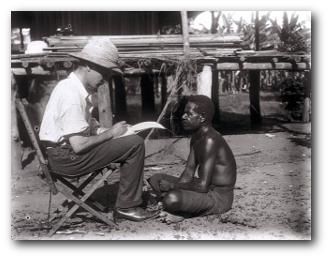 So where can I plug in my modem?

The advantages of ethnography will become visible through the discussion of the third space, below, however it’s important to note that ethnography isn’t a perfect design tool, and so the inherent disadvantages with using ethnography as an aspect of a design methodology have to be considered too.

Primarily there’s the practical issue of cost and distance. Often in a project, the designers are physically remote from the end-users, and so there is the expense of sending the designers out to the user’s location (although this can be mitigated by remote research techniques and software). There is also the additional cost of the time spent observing users – it’s time when the designer’s aren’t designing. There is a strong argument however that this time spent properly understanding the design problem prevents unnecessary re-work later, which would be at much greater expense!

Secondly there are lesser issues when bringing ‘outside’ designers into a workplace, including issues of security and data-handling, as well as the disruption that outside observers may bring to a typical work day. It’s also important to keep in mind that the act of observation will alter the thing being observed, and so the end-user’s may not represent their typical workflow accurately, intentionally or not.  I know I’d work harder if someone was looking over my shoulder and making notes!

Ethnography and the 3rd space.

Ethnography can be seen as the direct application of Muller’s idea of a ‘third space’ in design. Muller describes the third space as a design space that takes place neither in the worker’s domain, (i.e. the air traffic controllers in our example), or the designer’s own domain (the dark cupboard in which the programmer lives).

The idea of moving the designers into the worker’s space is that it’ll create a ‘third space’ – a region bridging these two experience sets. According to Muller this allows all the participants, including the end-users and the developers, to combine their knowledge and approach the design problem with a fresh perspective, rather than relying on ‘traditional’ solutions from their own space. 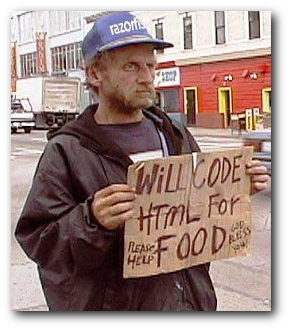 Such as grass roots marketing campaigns

As an aspect of participatory design, this is therefore important for giving all stakeholders – including the end-users – an equal opportunity to influence the design of a product or service, and not be considered subsidiary to the designer’s ideas or traditions. Bringing designers into the end-user’s space gives the opportunity for the designer’s long-held assumptions to be challenged by first-hand experience, and for the problem to be negotiated, and designed co-operatively, encompassing a range of voices.

Therefore we can see that ethnography is a way in which this ‘third space’ can be accessed and achieved in the design process. This means that the designers and end-users can benefit from mutual learning, and improve the final product. Similarly, giving designers a true understanding of the context in which their solution needs to operate  prevents ‘obvious’ errors from being made – for example creating a system that relies on audio alerts in a noisy workplace.  Ethnography, and incorporating the idea of a ‘third space’ into the design process makes better software. And isn’t that what it’s all about?