Bit of a cheat this week, since this is an adoption of a recent email conversation I had, but I think it may be of interest to a wider audience. The idea is a proposed ‘simple’ study, suitable for a facebook or flash game, that will give an insight into major usability issues with a game. The focus is on getting the key insights quickly and cheaply, which will allow you to improve your game straight away with actionable results.

I’d be interested in hearing your thoughts on this – please use the comments to add critiques or alternative viewpoints, as I’m sure there will be many! Anyhow, onwards with the 30 minute facebook game usability test.
I’ve been thinking about the social games found on facebook, and I think the most important part is the first 15 minutes of a new player’s experience, e.g. what happens in those fifteen minutes, do they understand the game, and do they want to come back and play again.

This means the most important aspect of user testing is understanding and improving the ‘new user’ experience. For this you’d need some people who’ve never played the game before (and who are close to the target audience of players you want to attract), and simply get them to play the game from the start (without special instructions, just how they would if it was on facebook). Maybe a small incentive (like pizza!) would be enough to recruit people for these short sessions. 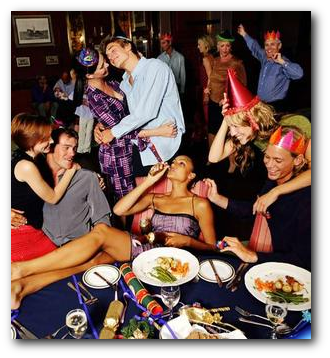 Explain to the player that you want them to just play the game as they would at home, and that you are testing the game – not them. Pre planning some notes on this introduction speech will make it easier. It’s probably a legal requirement to let them know if the session is being recorded.

You should have interested developers watch them play through a remote desktop tool (but they shouldn’t interrupt the player!), or record the session to review later. Free tools, such as team viewer, are available to do this. This will be invaluable for getting their buy-in for further user testing, and will prove the benefit of user testing to an often dubious audience.

It’s common to use a ‘think aloud’ methodology, where you ask the player to speak their thoughts aloud as they play. It’s not perfect, but it’ll give some insight into what they’re thinking. You could prompt them by asking non-leading questions such as “what are you doing now” or “what are you thinking” if they’re silent for too long!

what are you thinking?

Then after the fifteen minutes (or completing the tutorial), you can ask them questions to gauge how they understood the game – did they know what they were doing, were they confused by the game, did they know what to do next, would they like to continue playing, etc. Maybe you saw some interesting behaviours while they were playing that you’d like to ask about. Often people don’t remember what they did, and so you’d have to prompt them, or maybe the developers watching have some questions to ask.

Hopefully this quick methodology will show where the user’s are getting confused, or not understanding what to do next, or getting bored, or any other factors that turn player’s away from the game in that crucial first play.

Jakob Nielsen said that most major usability problems can be found by 3-5 users, so you wouldn’t need to run this test many times per iteration of the game. As to when this should be done, its best to get started as soon as there is something playable, as changes will be easier to make the earlier they are found, and then a similar test can be repeated with the next version of the game. Many social games go through an agile design process, with many iterations, and so this process will fit in well.

What do you think? Does this sound helpful? Or do you think that the ‘new user’ experience is not the most important part of a facebook game – maybe converting players to paying players is instead… let me know your thoughts in the comments here, and we can improve this 30 minute facebook game test.