The future of games accessibility

Following last weeks post on accessibility in games, this week I’m taking a look forward. The hardware announcements at E3 have highlighted how important accessibility is going to be in the future of gaming, particularly within the key themes of this year.

Nintendo’s portable 3DS console will produce “3D effects without any special glasses”, and will create a usability problem that hasn’t been encountered before. It’s been reported that up to 12% of the population cannot see 3D, as the effect requires strong vision in both eyes. This has only come to light recently, with many people previously unaware that they had a problem until they went to see a 3D film such as last year’s Avatar. Instead, they see a blurry image and get a headache. The problems with 3D will cause studios to think carefully before implementing 3D specific features to these games, since it may dissuade long term gamers, who have never had a problem before with viewing games, from purchasing. 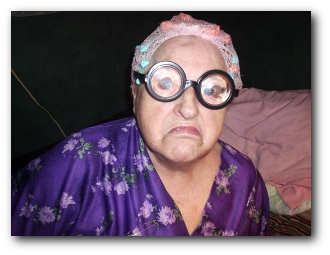 lucky we all have perfect vision then...

Motion technology has become another key theme of this year, with the success of the Wii leading to the development of motion control technology for rival consoles, such as Playstation Move and Microsoft’s Kinect. There was recently a debate over whether Kinect would work if the player was sat down (it may – if the game is designed with this as a requirement). However for many gamers, again people who have been playing games without a problem all their life, standing up is not an option, due to disabilities or poor motor control.

Similarly, people suffering from disabilities may find motion controllers difficult, regardless of whether they are standing or sitting. Previously players with one hand have been adapting, by reconfiguring the controls to successfully play high profile games, especially those with auto-aim like Red Dead Redemption. How Kinect’s motion tracking software will react to these player’s disabilities is yet to be seen, but there is a danger of excluding gamers who have previously been able to play games, by the hardware’s inability to cope.

It can be seen that these exciting advances in hardware will have to take accessibility into consideration to avoid alienating potentially large segments of the audience. 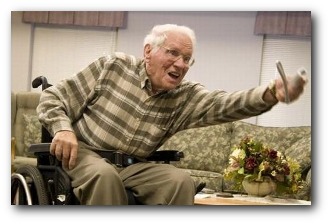 But with these new challenges, opportunities arise, often in unexpected places.  The motion controls in Wii bowling have made the console a success with OAPs in care homes, who are about as far from the traditional gaming audience as can be imagined. With motion tracking technology creating new ways of interacting with games, there is the potential for gaming to move into new areas, and reach players traditionally abandoned by mainstream gaming.